What's to become of the leftovers?

When you collect track and field cards,  it's often easier (and cheaper) to buy the entire set rather than try to seek out individual cards piecemeal. That way you ensure you're getting exactly what you're looking for in one fell swoop at a fairly reasonable cost.

To get those particular track and field athletes in order to complete their set collection, I only needed 16 of the 44 M&M cards, 15 of the 40-card Olympic Greats set, and 21 of the 40 Olympic Challenge cards. I think I got the biggest bang for my buck when I purchased the Imperial set. Of the 48 cards, I needed a total of 31.

So now, the question is what do you do with the rest of these cards? While the M&M set boasts only American athletes, the other three sets feature some of the world's best in their sports, to include Muhammad Ali (Cassius Clay), Mark Spitz, Olga Korbut, Nadia Comanichi, Vasily Alexeyev, and Teofilo Stevenson.

Unfortunately, if they're not track and field, I really have no real use for them right now. So like your average Thanksgiving dinner at the 'Toad household, there's plenty of leftovers.

If someone would be interested in taking these cards of my hands, I'd be more than happy to share the wealth. Of course, if you'd like to pass something along in return, a few cards that I can use for my collections, I certainly wouldn't say no. 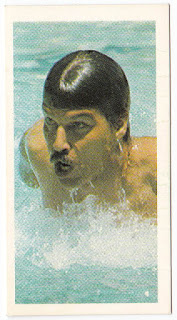 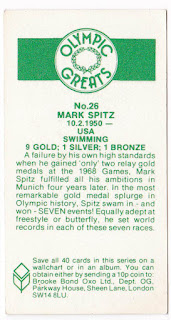 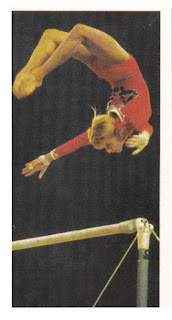 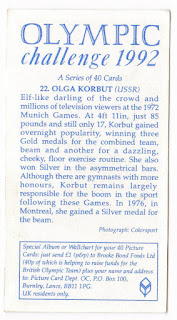 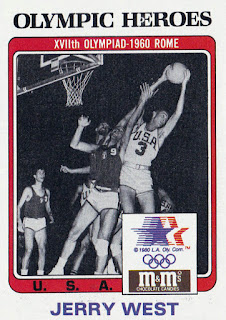 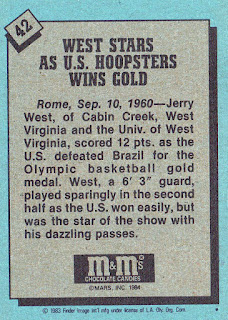 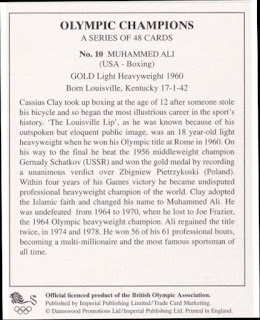 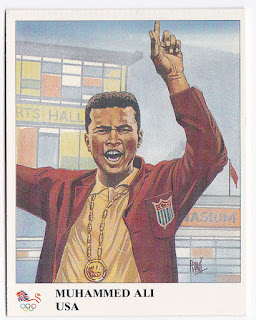 Stay healthy and safe out there.