It all works out for the best

Have you ever had something happen that seemed like somewhat of a bummer at the time, but in reality, turned out to be a good thing at that particular moment in time?

Along those same lines, have you ever had the occasion, where you think you're ordering one thing, but when it arrives, it turns out to be something completely different than what you expected?

While it can be pretty frustrating, at least in this particular case, it really turned out to be better than I imagined.

Originally, I thought I was ordering a Japanese phone card of Yokozuna Hakuho.

Of course, you remember phone cards. They were all the rage in the mid-80's and 90's, those plastic cards abort the size to a credit card, which allowed users to make telephone calls using a pay phone. You would buy the card with X-amount of minutes on it. You would then insert the card into a public phone to activate it, or in some cases, you'd use the code on the card, once you scratched it off. If it was inserted into a phone, the phone would punch a little hole on the card to let you know how many credits you had left.

It wasn't long before phonecards were used as promotional giveaways, marketing incentives and charity fundraisers. Just put a picture on them, and they became collectible gold during this time period, Companies ranging from Disney, McDonald's and Coca-Cola, to IBM, Xerox, and New York Life have released collectible phonecards.

Once cell phones began to appear, the hobby quickly fell by the wayside.

As a servicemember, the cards especially came in handy. When I deployed to Germany in 1995, the local VFW, other veteran groups, and civilian organizations would purchase phone cards for us so we could stay in touch with our loved ones. You didn't have to worry if you had enough marks to make a call - you just used the card. 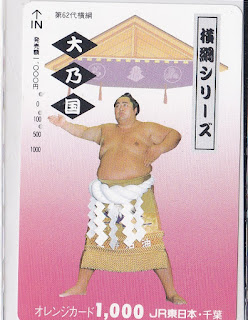 As for the phone card I thought I had ordered, in reality, turned out to be a collectible Japan Rail Railways Pass. Turns out that Japan's high-speed rail system, had also made collectible Sumo Rail Passes at one time.

After doing a little research, I also discovered these gems were also part of that collectible rail pass set.

Of course, I now have to try and track down the rest of these cards. 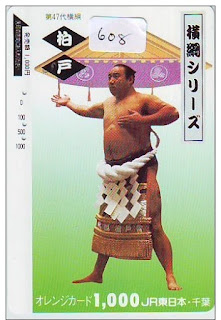 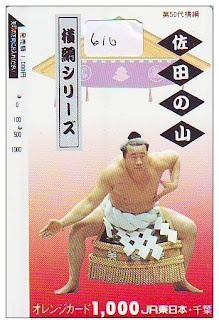 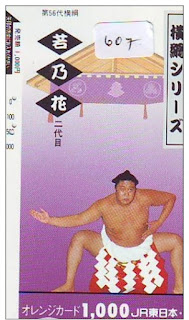 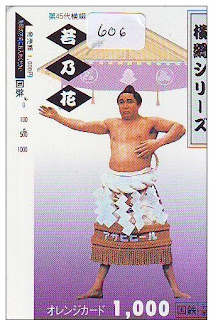 While I haven't spent much time lately posting on Comatoad on Cards, I hope (hope) to get back on the blogging binge once again. I recently had a heel spur removed and my achilleas tendon reattached, so I'll be laid up for a bit.

Hoepfully, that'll get me time to reorganize things and start blogging again.

Stay safe and careful out there.